After 10 months traveling through Latin America, we crossed the border into New Mexico. We started hitching to get to our friend’s in Cuba, New Mexico, although that turned out to be not so easy. One ride we got was with a young guy just recently released from prison. He was a bit weird, and once after getting gas, he drove up an exit ramp, but that was supposed to be a joke and he drove back down. Very funny. We did not get very far and –after waiting hours for the next ride – finally decided to get a bus to Albuquerque where our friend Scott was kind enough to drive down and pick us up.

First needed to rest from our Latin American journey: 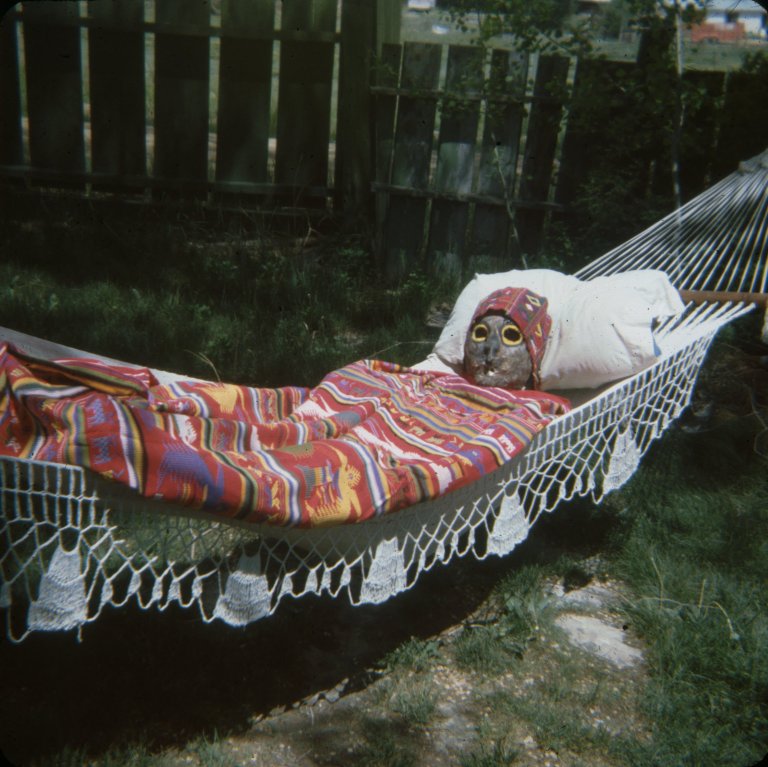 He was working as a doctor at a local clinic, but first took us up into the mountains for a beautiful hike.

Back down in Cuba, he had a couple of horses, which we rode, only I had great difficulty controlling mine.

Scott bought some land and staring constructing a cabin, with which we helped him. It was quite fun, and a bunch of other friends of his came to help for putting up the roof. 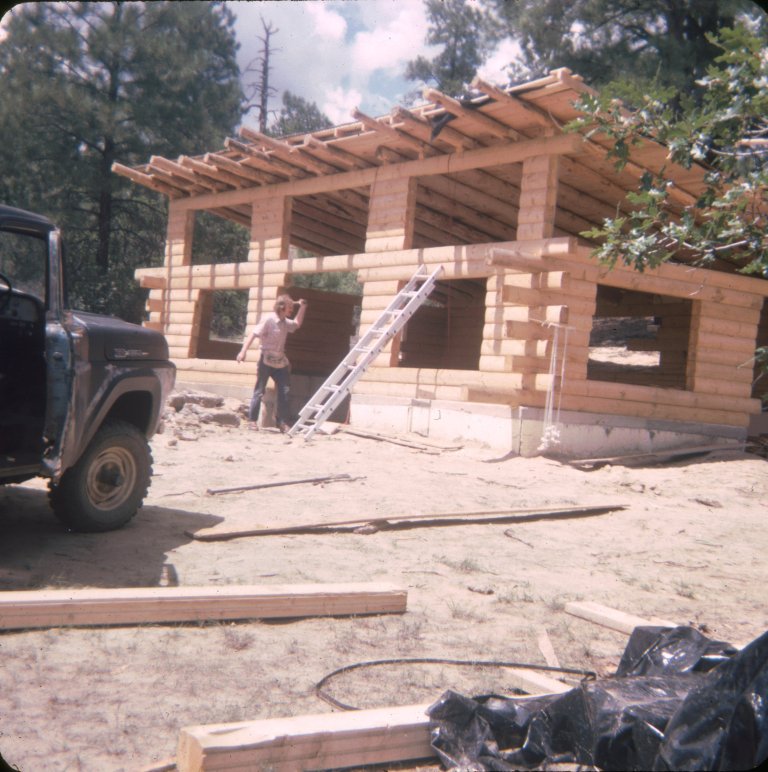 We were short of money after our long trip, and I learned that a gas compressor plant was being constructed an hour away in the desert with most of the workers living Cuba. I applied and got a job as a laborer, working 10-hour, six-day weeks with good pay. I rode in a van every morning with a bunch of Chicanos who spoke English peppered with Spanish expressions and although not quite Spanglish. However, I do remember the phrase “Da-me el wrenche.” They had the radio on the whole time we drove to or from work in the van, and as soon as the news was broadcast, they immediately switched stations. One of them told me that the reason we had to fight in Vietnam was because otherwise there would have been kings and queens in the USA instead of elections. I didn’t quite understand the logic, i.e., they were not particularly knowledgeable with respect to the outside world.

The workers at the construction site were quite a motely bunch: Navajos, Apaches, Chicanos and Anglos, all in their separate groups and with interaction kept to the minimum required for work. However, the Anglos were also divided between the welders, who were very racist and aggressive and often bragged about what drugs or guns they had acquired, and the rest who were very individual, did what they want, respected no authority, but each of whom was nice in a certain way. The Navajos were quite secretive and it was not easy to talk to them. I asked them to teach me some of their language, and they laughed when I tried pronouncing the words. It is said that the Navajo language was used to create a secret code during World War II, which the Japanese were not able to break. The Apaches were very open and friendly, but refused to teach me any of their language. One of them, Bob, became a good friend with whom I developed a close bond. But he said not to give him any alcohol, otherwise I would be responsible for him and have to care for him for six months. He had been involved in the American Indian Movement, and when I asked him what he ultimately wanted, he said, “Everyone should go back to where they came from.” I did not ask him whether he really wanted to cross the Aleutian Straits. One welder did not like Bob’s lack of subservient attitude one day and threaten him: “You’re gonna get hurt.” Bob was unfazed and just answered: “I’ve been hurt before.” The threat was not carried out. (Bob did not want his picture taken.)

Another Apache gladly accepted a beer from us in the evening and said it did not affect him at all.

I was assigned for a while to be the assistant of one welder. One time after he decided not to tell me that there was a work break and then told me to get back to work, he was redoing a welding on a pipe because he had not done it properly the first time. He exclaimed, “I sure do love welding,” to which I retorted, and that’s why you do everything twice. He got very angry and refused to work with me further, which was fine with me. I went back to the shovel service, even though my hands were so stiff every morning that it took me 15 minutes before I could make a fist again.

One foreman was a young Chicano, a bit more intelligent than the others, who had been in Golden Gloves. As it was almost destined to happen, he got in a fight with a Navajo and broke his nose, whereupon the four other Navajos attacked him. He held his own, but I thought someone should put a stop to this, and I grabbed one Navajo from behind and carried him away. After I put him down, he turned around and punched me in the chest, but I was rather strong from the construction work and did not budge, but simply asked him “Why did you hit me?!” He looked at me hesitantly for a few seconds, then laughed and got back into the fray.

After that, the site manager stopped calling me “Far Out”, which he thought was funny because my hair was a little long and started calling me by my name.

My foreman was a great guy from Mexico, Mundo, a man full of laughs who liked his liquor and eating. The Chicanos rarely spoke with him and called him a “wetback” when he was not in hearing distance. Mundo often came by Scott’s house where I was staying in the evening for company. 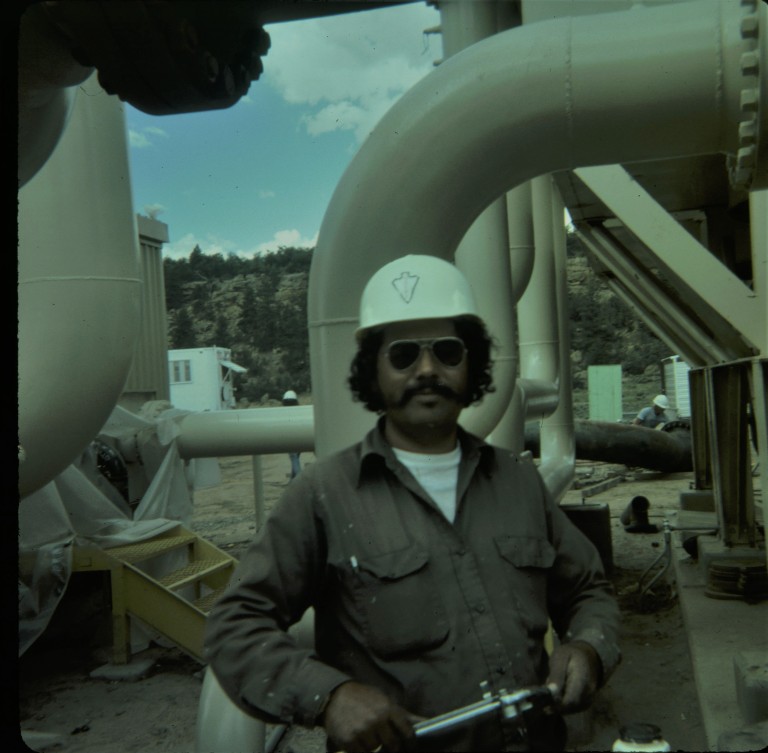 There was another Anglo, who did not fit in, a young guy name Dave, who was a born-again Christian, but seemed rather lost in the world. He also often came by in the evening and had no other friends among the Anglos, so we had quite amusing times with a very varied mixture of friends (Bob the Apache also came by at times, although he lived on a reservation at quite a distance). After the fight at the construction site where the Navajo had punched me, Dave said he would have punched him back. He was rather speechless when I asked him what about turning the other cheek? I joked that I was more Christian in practice than him (although I am a convinced agnostic [get the contradiction there?]).

After a couple of months on the construction site, we had enough money and decided to head back to Europe, stopping a few places in the States on the way to visit various friends. Fifteen months on the road was more than enough!