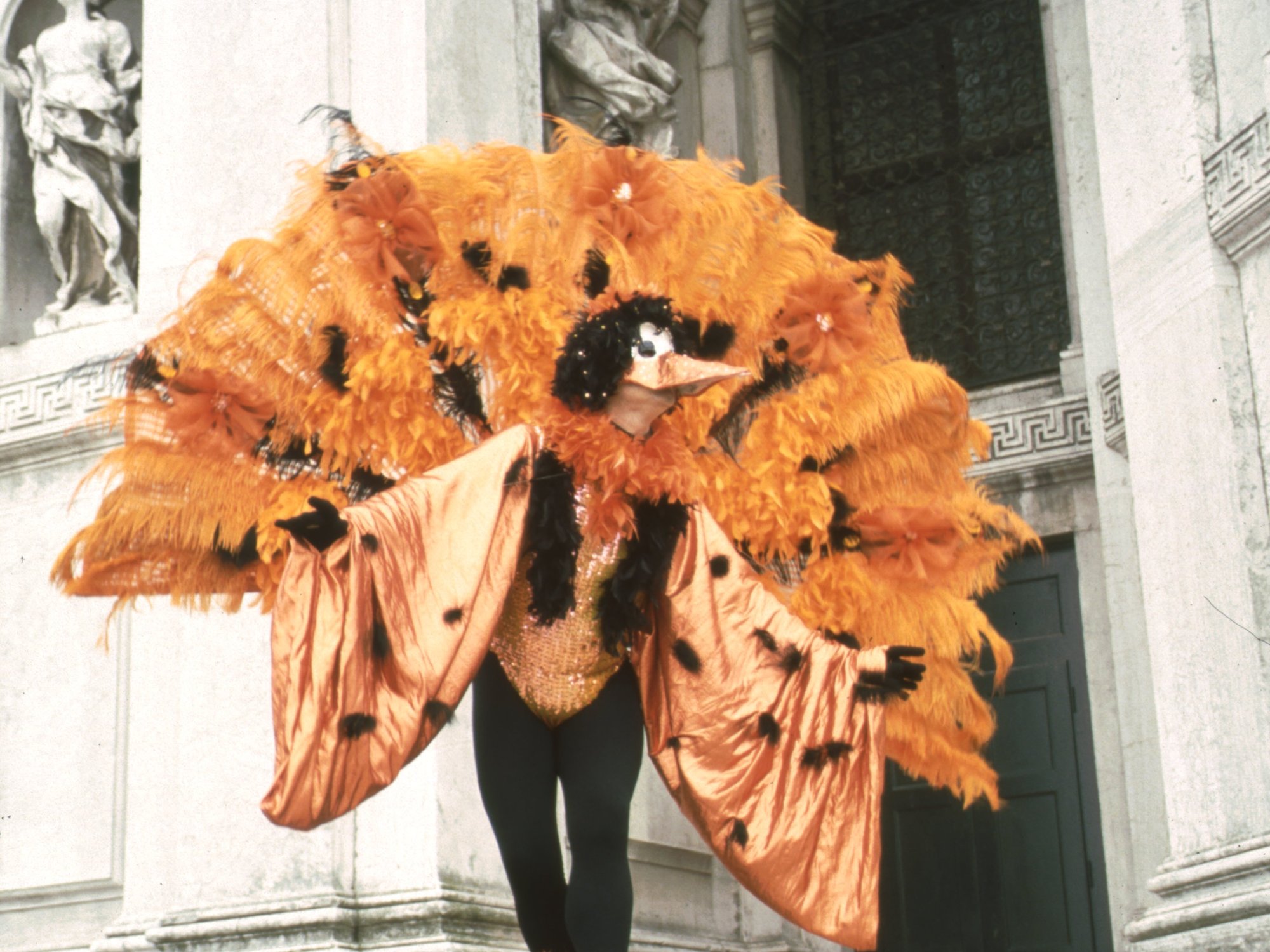 Often very festive atmosphere and lots of gaiety, a celebration of the imminent end of winter. Although its origins antedate Christianity, it is now mainly a Christian festival held before the beginning of Lent. Because there was often a shortage of food at the end of winter, an excuse was created for people to fast or eat and drink less in the period from the start of Lent (or Shrovetide) until Easter. The Carnival period was the last time before Lent when people could gorge themselves.

There are elaborate costumes, varying from country to country, but drunkenness and the sense that anything goes, since many have their faces hidden by masks, are common to many of the events.

We visited an Italian friend, Gigi, in his home town Brescia, Italy, and he took us up into the mountains where we experienced carnival celebrations in a town where tourists seldom venture.

View of the town

The musicians went from house to house and played a tune in front of each one. Then the inhabitants would give each of them a shot hard liquor to thank and warm them. Needless to say, it did not take long until all were totally plastered.

The German Fasching/Fastnet in the area where I live also sports some colorful costumes. Members of Fasching Clubs, closed tight-knit groups, meet during the year preparing for parades through towns, although the meetings are often excuses for drunkenness. Some groups can be very aggressive and do not want outsiders at their celebrations while others are happy to show off to the general public.

On week later in Protestant Basel, Switzerland, their version of Mardi Gras (Basler Fasnacht) takes place, starting at midnight Sunday. All lights in the city are turned off in the late afternoon, and then are turned back on at midnight when suddenly numerous bands playing the same marching music emerge from various corners of the city to the delight of thousands of onlookers and revelers. The festivities continue until daybreak. There is also a very special type of music, “Guggenmusik”, a shrill, off-key but very rhythmic music style, although an article in Wikepedia maintains that this music is not played at the start of festivities Sunday midnight. Unfortunately, I have no pictures of it.

Carnival in Venice is one of the most known. It has a long history, first taking place in 1162 in honor of a military victory. It was forbidden in 1797. The Italian government resurrected it in 1979, and local art students began making masks for the tourist trade. Prizes are now awarded for the best masks each year. These days millions of tourists inundate it every year, but then Venice has too many tourists all year round.

Carnival in Brazil: We experienced it in Bahia. In Rio, it is mostly about the best costumes. Carnival groups parade, and the rest of the people simply watch from grandstands. It is different in Bahia! Everyone dances in the street to the sounds of the various Samba and “trio electrico” groups, and it is more of a festival for all instead of a spectator event as in Rio.

Ati-Atihan in the Philippines is not officially part of the world’s Carnival scene, but takes place at approx. the same time and with fantastic costumes, music and a very cheerful ambiance, so that I like to consider it another Carnival event. I devoted a complete blog post to it, but a couple of photos from it here once again.

5 thoughts on “Carnival and Fasching aka Mardi Gras”