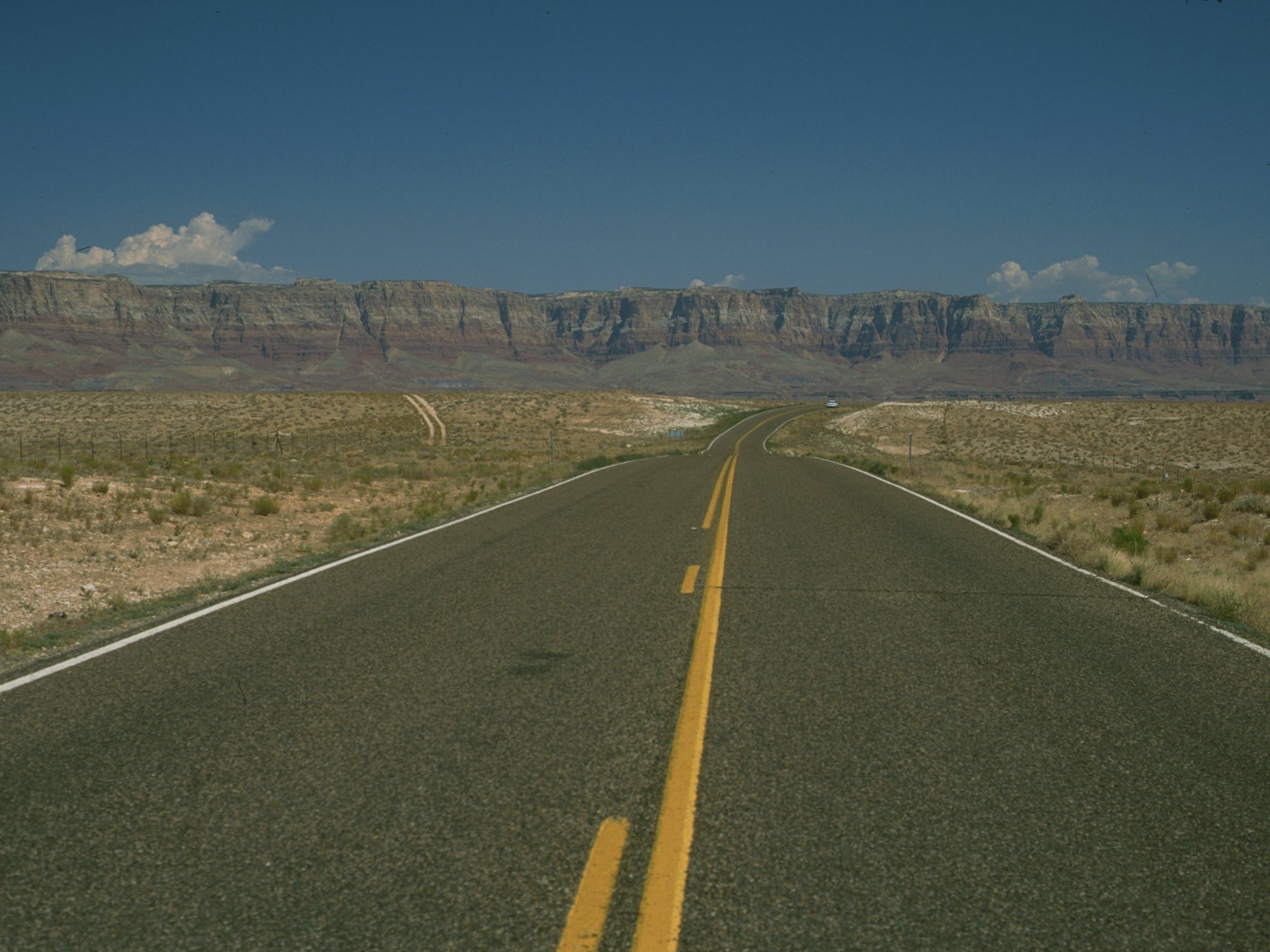 So many people travel these days that it is nothing special. You cannot go anywhere without encountering other people traveling, many of them a lot longer than I. So filled with self-doubt, I hesitated, started writing, stopped, restarted and put the idea aside again. However, with old age creeping up on me, I wonder how I got where I am and whether it was just all a matter of chance. If my parents had not moved with us from the snug, isolated suburban suburb of Cranford, New Jersey, to the dilapidated, harsh (former) industrial city of Paterson, New Jersey, when I was eleven, I might have continued my previous existence as a conservative jock, not questioning life. But Paterson was the nightmare that caused me to reject everything around me, including unfortunately education and even sports, although I was good—or at least had potential—in both of them. The largely European working-class immigrants as well as the African-American and Hispanic residents were too unfamiliar; I was afraid of them and withdrew. The only dream that I maintained was to escape, to go far away.

It would be nice to know what you want in life. Travel as a way to find that? I don’t think so, although perhaps that is why I always felt the need to go somewhere new, somewhere foreign or supposedly exotic. Sometimes I think it was just due to a lack of imagination of what else to do, or a lack of ability to focus on something and really exceed in it, e.g., some scientific or medical discovery that would benefit the world, some artistic endeavor that would win acclaim, or maybe even raising a big family of kids, my own or adopted. I spent or rather wasted my formative years in the decayed and polluted city of Paterson, New Jersey, which I hated and only longed to get out. Despite Allen Ginsberg, William Carlos Williams and even Jim Jarmusch (but his movie Paterson was only made years later), it was years of loneliness, fear of violence from the blue collar immigrant kids (whom I thought were all Italians, only to discover years later when looking through my high school yearbook that many were immigrants from other parts of Europe), African-American students and feeling not accepted by the Jewish kids who were mostly in my classes (although my later first love was from an Orthodox Jewish family; her mother hated non-Jews and I had to pretend that I was Jewish with an alias). Teachers were uninspiring, but then I was not one to be inspired easily. Yet Ginsburg did inspire me with tales of his trip to India. Going really far away sounded like a great idea. And I can really commiserate with Jhumpa Lahiri when she writes: “All my life I’ve tried to get away from the void of my origin.” My origin, the insipid bourgeois suburban life in Cranford, New Jersey, where I lived my first 10 years, and then the threatening blue collar/immigrant milieu of Paterson. I never felt like I belonged and felt estranged, i.e., alienated, which is perhaps the reason why I later in life felt most at “home” when I was alone in a foreign land.

Okay, you shouldn’t go through life bemoaning missed opportunities. I should have been more open, studied in school instead of faking it (the schools were so bad and violent that teachers passed you if didn’t make any trouble), accepted people as they were and not maligned those less adept at expressing themselves. Too late now, but sorry for all those to whom I was nasty.

That’s how I explain my original urge to travel to myself, but it become a habit or maybe even an addiction over time. Of course, there were a few excellent professors at college who stimulated me to learn languages and go out and experience the world. So that is what I did after my B.A., although an unpleasant breakup with my girlfriend certainly did not hurt in my decision to leave the States. First to Germany, and although I had three semesters of German in college (in my first semester, I just went to the class without registering, since they told me I already had too many classes and could not audit another; the teaching assistant was really nice in letting me attend), my knowledge of the place did not go much beyond Hogan’s Heroes. Germany was still giving out work permits to any foreigners who came, and I soon had a job as cook and dishwasher in a Mexican restaurant run by a few ex-GIs (who later fled the country with whatever money they could get their hands on). I went to Freiburg, since a professor of mine had said, “If Germany, then Freiburg.” How thankful I am for that advice still today! Although it was not very international at that time (even no eggplants or zucchini in the market, just mostly cabbage, and ethnic, foreign and fast food was limited to sausage and French fries) despite a large university. It was easy to make friends, and only a few months later I spoke the language and had a girlfriend who was later to become my wife. Her dream was to travel, and for years she planned one trip after another for us. She had two destinations that she wanted to travel too above all: South America and Tibet. A few years later, we traveled through South and Central America for 10 months living on the cheap, and many years later we finally made it to Tibet after China finally allowed it (before closing it to individual travelers again). She passed away in Tibet, and I decided that I would never travel again. Of course, the pain receded somewhere back into my consciousness with the passing of the years and a new girlfriend plus renewed optimism, I started traveling again, though not as much and more in Europe where I lived most of life instead of to Asia, Africa and Latin America as previously.

Travel, OK. I just need a change of pace at times, and I appreciate where I live a lot more each time I return. So off again. While jotting down my confusing musing, I discovered the term “The Grand Tour”, which apparently many a travel writer of any merit had long been aware of. Starting sometime in the 16th century, young British aristocrats traveled mostly to France and Italy to acquire learning and culture, although it often involved more debauchery than the supposed educational pursuits. Drunkenness and whoring were the most common pursuits. The young British who nowadays vacation on Mediterranean islands such as Corfu and Majorca are certainly maintaining the tradition.

Thomas Coryate is sometimes referred to as the “first tourist”, certainly a prejudice, as if Ibn Battuta or Marco Polo had not existed, not to mention Xuanzang [玄奘], a Chinese Buddhist monk who traveled to India in the 6th century and did not return to China until 17 years later (but of course the three cited above had other objectives than simply traveling as tourists) as well as countless other travelers/tourists before Coryate. He left Britain in 1608 on the Grand Tour, but solely for the pleasure of traveling and with the hope of impressing those at home with his account of it. I first ran across his name in a book by Kató Lomb, How I Learn Languages, where she related that he learned 14 languages while traveling mostly on foot. However, the other foreign languages he apparently knew were Latin and Greek on his first sojourn, which took him through France to Italy and then back up crossing Switzerland, Germany and the Netherlands before returning to England. The British travel writer Tim Moore retraced his “steps” at the end of the 20th century in an erudite and amusing book titled Continental Drifter: Taking the Low Road with the First Grand Tourist. I put “steps” in parentheses, since Coryate walked or took horse carriages most of the way while Moore bought a dilapidated Rolls Royce to travel in. I almost stopped reading the book at the beginning, since I thought that he could no way follow in Coryate’s footsteps in a car and his book is filled with obscure British dialect unintelligible to speakers of standard English. In spite of my initial misgivings, however, I really enjoyed his book and his ridiculing of others, especially when he ridiculed his countrymen just as much or even more:

“Adam Smith … stated baldly that most Englishmen return home ‘more conceited, more unprincipled, most dissipated and more incapable’.” Moore continued, “They hung out with their own kind, learnt no foreign languages, and occupied themselves in ‘the conquest of some waiting gentlewoman …’.” (page 353)

Moore was also a typical Englishman in that his foreign language ability was next to nothing (a trait most US Americans share) and of which he even sounds proud, and he surprisingly wrote that Coryate did not know French or Italian either, although the later learned quite a few foreign languages during his travels later through the Middle East to India. Moore seems to have made it his specialty to retrace the steps of other travelers in his own funny way and then write amusing accounts of the journeys. I suppose his extensive research of the past of places and people where he travels produces a special kind of travelogue, almost a scholarly work if it were not for his tales of his own silly and amusing misfortunes on the road. He appears not to have learned any foreign languages either, a shortcoming that he uses to make jokes about misunderstandings, a rather cheap trick that he performs rather well.

The “Grand Tour” ended in its original version in the 18th century with the introduction of steam-powered transportation, making the trip much more comfortable and convenient. The French revolution and the Napoleon’s military campaigns also contributed to its demise.

However, back in the 1960s and 1970s, a “grand tour” of Europe became a must-go for young Americans, and I also had my first trip through Europe between my junior and senior college years in 1971 (financed by a 500-dollar insurance payment, which I received due to an accident when a car blocked my path while I was riding my bicycle and sent me head over heels and a couple of days to a hospital). That trip certainly aroused my desire for more, some of which I will bore people with on this blog.